Latest 30 Polls: Sanders Will Fare Better than Clinton Against Trump

If you are concerned about a potential President Trump, please consider and share this analysis. Sanders is significantly more likely to beat Trump in the general election than Clinton. According to the most recent 30 polls for the general election, Clinton beats Trump in 15 of 17 (88.2%), while Sanders beats Trump in 13 of 13 (100%). Clinton’s mean margin of victory is 8.35 (± 1.33 SEM) percentage points, while Sanders’ mean margin of victory is almost double at 15.38 (± 1.05 SEM) percentage points. The difference in margin of victory between Clinton and Sanders is statistically significant, even using nonparametric tests that make no assumptions about data distribution (P=0.0005, Wilcoxon Sign Test). Thus, Sanders is the best democratic choice to keep Trump out of the White House, because—agree or not—many Americans see a choice between Trump and Clinton as a choice between a fascist and an oligarch. Analyses and source of data below. 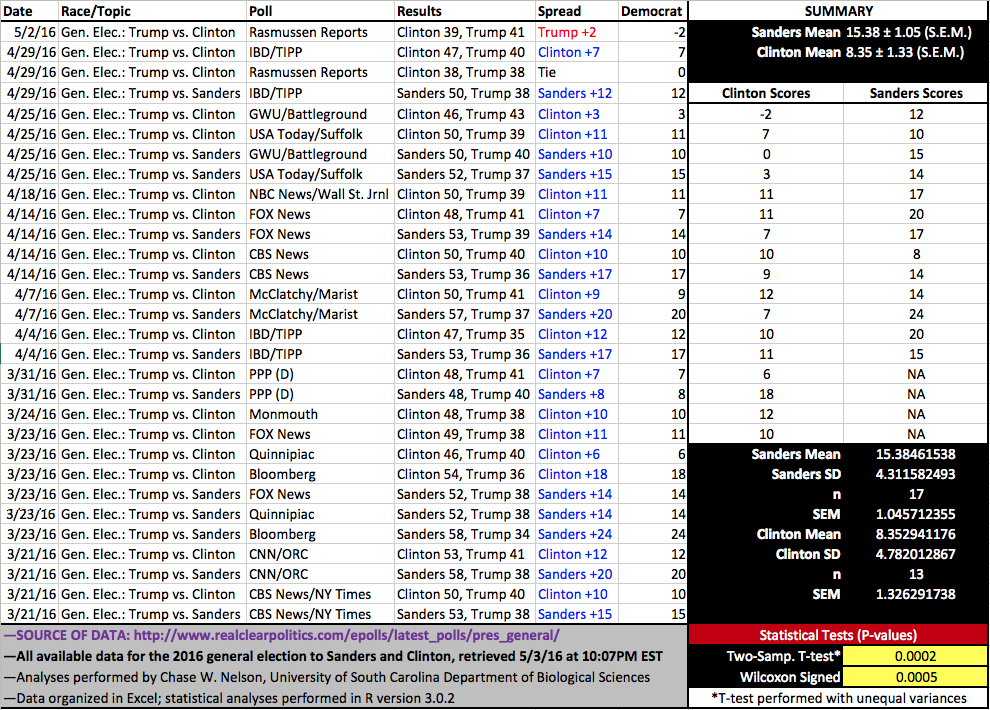 —ERRATUM: data were retrieved on May 3, not May 4.

Was the Novel Coronavirus Engineered?